Batman in the Sixties

Batman (often promoted as Batman: The Movie) is a 1966 American superhero film based on the Batman television series, and the first full-length theatrical adaptation of the DC Comics character Batman. Released by 20th Century Fox, the film starred Adam West as Batman and Burt Ward as Robin. The film hit theaters two months after the last episode of the first season of the television series. The film includes most members of the original TV cast, with the exception of Lee Meriwether as Catwoman, the character previously played by Julie Newmar in two episodes of the series' first season. 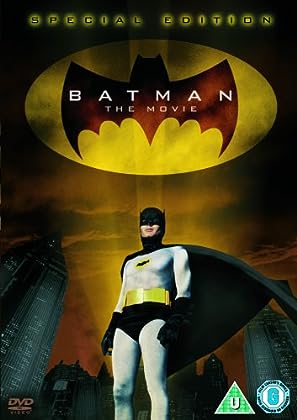