Action adventure based on the comic books created by Stan Lee and Jack Kirby. The lifelong dream of inventor, astronaut and scientist Dr. Reed Richards (Ioan Gruffudd) is close to being realised; he is spearheading a trip to outer space into the centre of a cosmic storm. There he hopes to unlock the secrets of the human genetic codes for the benefit of all humanity. Reed accepts a financing deal with his old college rival, Victor Von Doom (Julian McMahon), now a billionaire industrialist. Reed's crew for the mission includes his best friend, astronaut Ben Grimm (Michael Chiklis), Sue Storm (Jessica Alba), Von Doom's director of genetic research and Reed's ex-girlfriend, and Sue's hot-headed younger brother, pilot Johnny Storm (Chris Evans). While in space, the team are exposed to the cosmic storm. When they return to Earth they discover the exposure they suffered has fundamentally altered their DNA and given them each an exciting superpower. 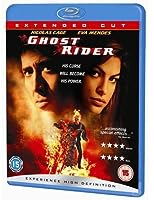