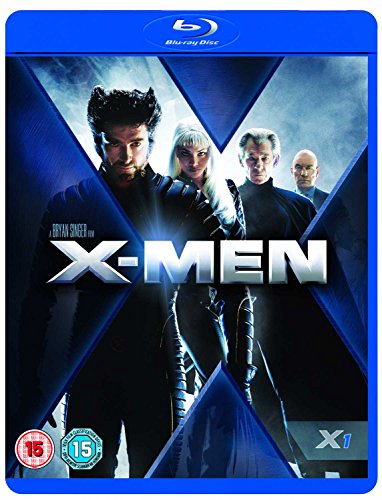 Please note this is a region B Blu-ray and will require a region B or region free Blu-ray player in order to play.Bryan Singer directs and co-writes this big screen adaptation of the long-running Marvel comic strip. Mutants Charles Xavier (Patrick Stewart) and Magneto (Ian McKellen) are former friends, but look set to become mortal enemies when fascistic US senator Robert Frank Kelly (Bruce Davison) calls for the registration of all humans with abnormal powers. While telepath Xavier, who runs an altruistic academy for superhumans, wishes to enlighten non-mutants and break down the prejudices which divide them, Magneto believes that the only solution is for the mutants to take over. Wolverine (Hugh Jackman), an aggressive loner with an adamantium skeleton and the ability to heal his body of any wound, and teenager Rogue (Anna Paquin), who can absorb the life force of others simply by touching them, are selected by Xavier to join his academy, but it isn't long before Magneto's followers are attempting to capture them so that they can assist in his plan for world domination.

X-Men: Days Of Future Past [Blu-ray]