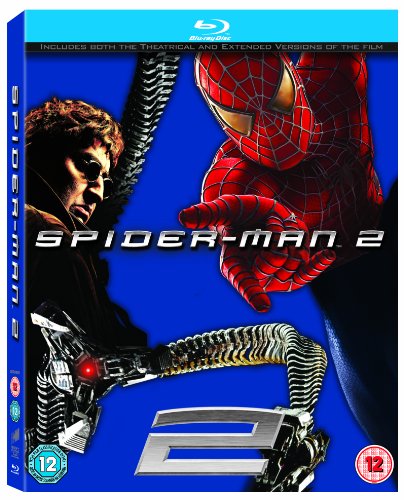 Please note this is a region B Blu-ray and will require a region B or region free Blu-ray player in order to play.In Spiderman 2 the latest instalment in the blockbuster Spiderman series based on the classic Marvel Comics hero Tobey Maguire returns as the mild-mannered Peter Parker who is juggling the delicate balance of his dual life as college student and a superhuman crime fighter. Peter's life becomes even more complicated when he confronts a new nemesis the brilliant Otto Octavius (Alfred Molina) who has been reincarnated as the maniacal and multi-tentacled Doc Ock. When Doc Ock kidnaps MJ (Kirsten Dunst) Spiderman must swing back into action as the adventure reaches new heights of unprecedented excitement.

More than a few critics hailed Spider-Man 2 as "the best superhero movie ever," and there's no compelling reason to argue--thanks to a bigger budget, better special effects, and a dynamic, character-driven plot, it's a notch above Spider-Man in terms of emotional depth and rich comic-book sensibility. Ordinary People Oscar-winner Alvin Sargent received screenplay credit, and celebrated author and comic-book expert Michael Chabon worked on the story, but it's director Sam Raimi's affinity for the material that brings Spidey 2 to vivid life. When a fusion experiment goes terribly wrong, a brilliant physicist (Alfred Molina) is turned into Spidey's newest nemesis, the deranged, mechanically tentacled "Doctor Octopus," obsessed with completing his experiment and killing Spider-Man (Tobey Maguire) in the process. Even more compelling is Peter Parker's urgent dilemma: continue his burdensome, lonely life of crime-fighting as Spider-Man, or pursue love and happiness with Mary Jane Watson (Kirsten Dunst)? Molina's outstanding as a tragic villain controlled by his own invention, and the action sequences are nothing less than breathtaking, but the real success of Spider-Man 2 is its sense of priorities. With all of Hollywood's biggest and best toys at his disposal, Raimi and his writers stay true to the Marvel mythology, honouring Spider-Man creators Stan Lee and Steve Ditko, and setting the bar impressively high for the challenge of Spider-Man 3. --Jeff Shannon 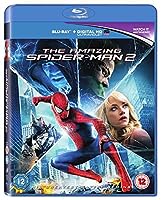